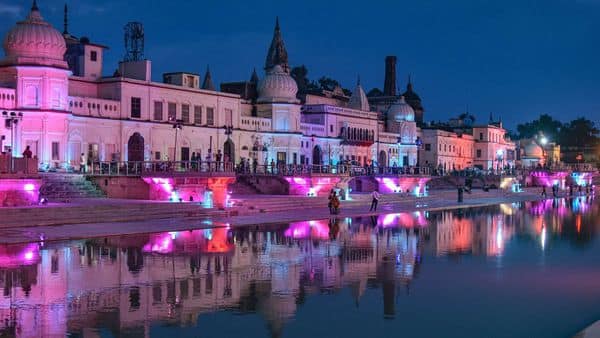 Ayodhya: Ahead of the foundation stone-laying ceremony of the Ram Temple, several areas of Ayodhya were illuminated with diyas (earthen lamps) and colourful lights on Saturday.

According to potters in the state, around 1.25 lakh diyas were ordered for the highly anticipated ceremony on August 5.

The construction of the Ram temple will begin after the foundation stone-laying ceremony.

The Supreme Court, on November 9 last year, had directed the Central government to hand over the site at Ayodhya for the construction of the Ram temple.

This story has been published from a wire agency feed without modifications to the text. Only the headline has been changed.