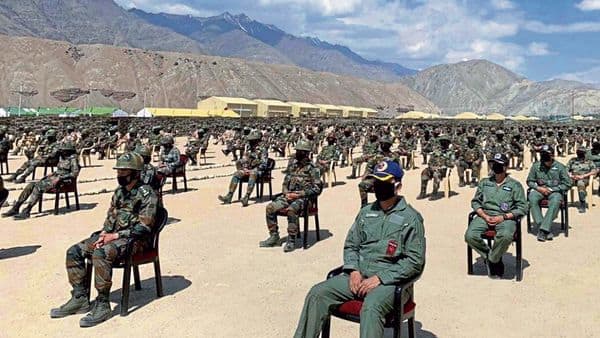 The Indian Army is preparing to maintain its current strength of troops, tanks and other weaponry in all key areas in eastern Ladakh in the harsh winter months as a resolution to the border row with China in the mountainous region shows no signs of early resolution, people familiar with the developments said on Saturday.

They said the Indian Air Force(IAF) will also remain on high alert in the forward air bases along the Line of Actual Control (LAC) while the Navy will maintain its aggressive deployment in the Indian Ocean Region(IOR) to keep up pressure on China.

The Indian Army is making elaborate preparations for the long haul in eastern Ladakh even as it awaits confirmation from the Chinese military for the fifth round of military talks which was earlier expected to take place this week, they said.

They said the top military and strategic brass reviewed the overall situation along the LAC in eastern Ladakh and elsewhere on Saturday, adding Army chief Gen MM Naravane has been regularly updating Defence Minister Rajnath Singh on matters relating to operational preparedness.

Government sources said maintaining the current level of troops and weaponry in the high-altitude region will require extensive preparations as the temperature drops beyond minus 20 degrees Celsius in the region in peak winter months.

“We are preparing to maintain the current strength. That is the plan as of now based on the assessment of the current scenario,” said a source.

Sources said the government has set the ball rolling in procurement of high-altitude clothing and other required equipment for its soldiers posted in the region.

They said the armies of the two countries are now expected to hold the next round of Corps commander-level talks next week to thrash out modalities to take forward the disengagement process from the Finger points at Pangong Tso.

India despatched thousands of additional troops and weaponry including tanks and artillery guns to their rear bases in eastern Ladakh following the Galwan Valley clashes on June 15 in which 20 Indian soldiers were killed. Subsequently, China has also strengthened its military deployment.

The Chinese military has pulled back from Galwan Valley and certain other friction points but the withdrawal of troops has not moved forward from the Finger areas in Pangong Tso as demanded by India, sources said.

India has been insisting that China must withdraw its forces from areas between Finger Four and Eight. The mountain spurs in the area are referred to as Fingers.

On July 24, the two sides held another round of diplomatic talks on the border issue.

After the talks, the Ministry of External Affairs said both sides agreed that an early and complete disengagement of the troops along the LAC in accordance with bilateral agreement and protocols was essential for overall development of bilateral relations.

The sources said India conveyed a firm message to the Chinese side that it has to implement the disengagement process as agreed to during the four rounds of Corps commander-level talks between the two armies.

Three weeks after the Galwan Valley clashes, National Security Advisor Ajit Doval and Chinese Foreign Minister Wang Yi held a nearly two-hour-long telephonic conversation on July 5 to bring down tension in the region. Both sides commenced the disengagement process from July 6 following the Doval-Wang talks who are Special Representatives for the boundary question.

After the fourth round of Corps commander-level talks, the Army said both sides are committed to “complete disengagement” of troops, adding the process is “intricate” and that it requires “constant verification”.